Real Estate Agents who understand what it takes to sell a home understand the importance of curb appeal. The most important aspect of a quick home sale is getting as many people in the door as possible. As such, it/’s important to make a good first impression in order to get potential buyers in the right frame of mind. No matter how good your listing photos look, if the outside of your house is a horror show, not only will far fewer people refuse to step inside, the few that do will enter it in the wrong frame of mind.

It/’s understandable that not many sellers would want to engage in the expense and heartache involved with doing a full overhaul on their landscape, but there are many instances where sellers are in full self-sabotage mode without realizing it. So while it/’s understandable that a seller wouldn/’t be willing to spend tens of thousands of dollars to increase their curb appeal, there are no excuses for the little, virtually free things that can be done to keep it respectable.

No matter how diligent you are at cleaning the inside of your home, including your inside windows unless you wash them from the outside, they will appear dirty and have a noticeable effect on your curb appeal. You don/’t have to wash them once a week or anything like that, just make sure you give them a thorough scrubbing with soap and water and a hose down twice a year.

Probably the most common curb appeal killer is an overgrown lawn. At least twice a month, it/’s important to maintain your lawn. It doesn/’t have to be perfect, you don/’t have to dig out every weed, but as long as the grass is short and you have put the proper care into edging, it will look fine. The point is not to stick out like a sore thumb with respect to your neighbors.

One of the first things that capture the attention of onlookers is the garage door, making it a vital aspect of curb appeal. This can be problematic because garage doors suffer a great deal of wear and tear. If replacing your garage door is not in the budget, there/’s no excuse for not giving it a quick DIY paint job on a lazy Sunday.

If the garage door is one of the first things people look at, one of the few things it/’s surpassed by is the front door. If your front door isn/’t up to snuff, you don/’t have to completely replace it with something new, nice front doors are expensive. But repainting it and replacing the hardware will give a much-needed facelift with minimal expense.

Curb appeal during the daylight hours is as important as curb appeal at night. When a property is on the market, there will be prospective buyers driving by to check out the house; oftentimes it is after work hours when the sun is about to set. If your lighting is too dim your house can look uninviting, and if it/’s too bright it can be intimidating. Make sure to replace the bulbs with the right intensity to create an ambiance that is comfortable to the eye. If it/’s still too dark you can light the path to your door with solar-powered lights. They are inexpensive and impose no energy cost.

The art of negotiation is fickle and nuanced. A lot of the time it’s important to use your gut instincts and get creative in order to get what you want. Like with anything, however, there are certain principles that are sacrosanct and need to be employed, such as “never accept the first offer.”

Anyone who knows anything about negotiating knows that the first offer is usually a lowball offer. Whoever is making the offer knows that no matter what number they put out there, there’s very little reason to expect the seller to accept it. This forces them to purposely make an offer below what they think is fair in order to eventually get close to something realistic.

While real estate negotiations are similar to other forms of negotiating, there are many aspects that set it apart, as any good real estate agent knows. One such aspect is when to accept the first offer.

Generally, unless the first offer is irrationally high, the best thing to do is field offers from other potential buyers to better gauge what the market dictates you can get for your home and in ideal scenarios, precipitate bidding wars. However, because the real estate game is unlike any other game, there are scenarios in which accepting the first offer is a good idea.

1. After Finding Your New Home

In real estate, most purchases are made with contingencies that the buyer sell their house first, as not to be forced to carry two mortgages and a whole host of other potential complications. If you’ve already found your new home and you’re not getting a lot of bites on your current home, this is a scenario in which it may be a good idea to accept the first offer, provided it’s reasonable. The last thing you want to do is put the deal on your new home in jeopardy, finding the right home isn’t easy.

Relocating for a new job opportunity can be exciting, but is generally very nerve-racking. It’s not easy leaving your hometown for somewhere unfamiliar and coordinating all the necessary logistical aspects for a smooth transition. Compounding that stress with a complex home sale is not a good idea. Provided the first offer is reasonable, take it. There are many other things you’ll be inundated with during this stressful chapter in your life.

Did someone say cash? Accepting a cash offer circumvents many of the issues associated with a complicated closing, like not having to wait for the loan to be approved. Additionally, if someone has that much money on hand, they’re likely not buying on the contingency that they sell their old residence, eliminating uncertainty and complications associated with them selling their current home. As long as the offer is reasonable, accept it, it will make your life easier by simplifying an already complex transaction.

Everyone knows that location plays a big part in a property’s value, but few know that the “time of listing” is as important when putting a house up for sale. While we can not change the location of a house we are selling, we have the ability to decide when we list it for sale.

Listing a house at the right time can improve the time it takes to sell a home as well as raise the sales price. Here are some of the best times to sell your home, according to data from Zillow and Redfin.

It has long been common knowledge among real estate agents that people generally start looking for homes when the holiday season comes to an end, and the weather becomes more pleasant to be outdoors. Spring brings back the leaves and perennial plants, boosting the curb appeal. And for parts of the United States with very cold winters, spring brings back more movement and many families also start looking for homes before summer vacation begins.

The alternative to listing in the spring would be to list in the fall. And contrary to popular belief, depending on where you are geographically in the country, summer is generally not the best time to sell a house because people typically spend the season vacationing. There are also parts of the country where it gets too hot in the summer for buyers to want to go outdoors to house hunt.

Nationwide, the best time to sell a house is in the month of May. In fact, houses that listed for sale in the first half of May sold almost two weeks faster and for 1.2% more than the average listing, according to a study by Zillow.

The first half of May was the best time to list in 14 of the 24 largest markets analyzed by Zillow. However, while the average home listed in May earned a premium of $2,400, homes that were listed in San Franciso in the last half of April earned a 1.7% premium, which comes out to about $15,300.

You will have to pray to get the best price if you list your house on Sunday. According to a study conducted by Redfin, homes listed on a Sunday not only sold slower but also sold for less.

They speculated that Wednesday and Thursday were the best days to list because that’s when buyers typically start looking for houses they plan to see over the weekend.

“Serious buyers typically start making their weekend house-hunting plans late in the workweek,” a Redfin agent said in the study. “You want your home to be one of the fresh listings buyers see pop up as they decide which homes they should see over the weekend.”

However, just because the average home sells well on one day nationally, doesn’t mean it will fare as well on that day locally. For example, sellers who live in big cities may want to list their house on a Tuesday, when broker’s open houses are common. 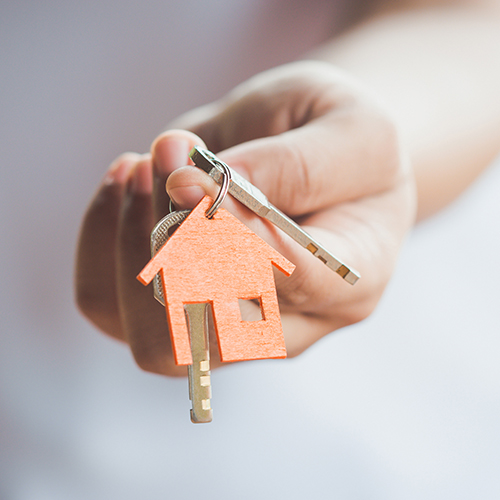